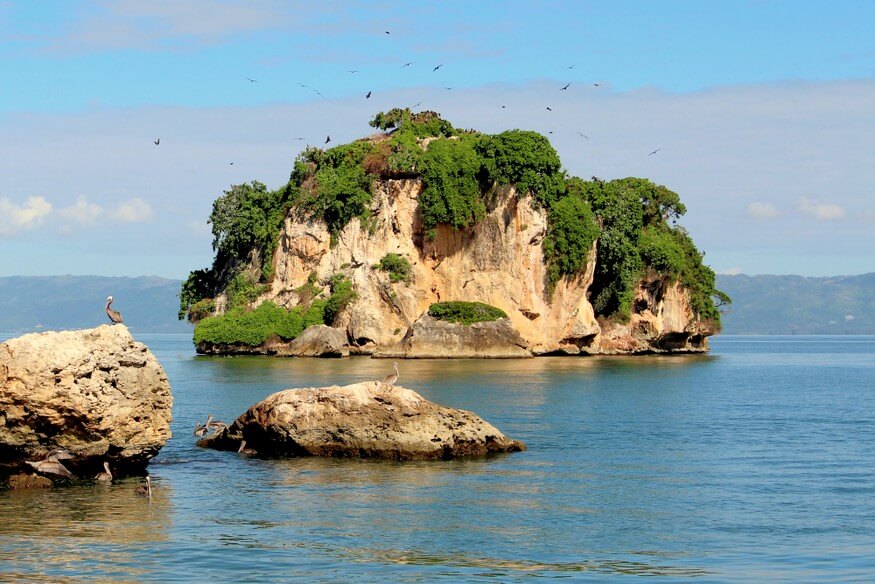 After a night of salsa dancing in Santa Barbara de Samaná, two police officers on a motorcycle asked us if we needed a ride. In our mind, four things could come from this. 1. We get arrested. 2. Extorted for money. 3. Crash from the weight of four adults on a motorcycle. 4. Safely return to our hotel. We thought about the possible outcomes for a hot second, then hopped on the bike (basically spooning the officers), then we swerved to find our balance, chugged up the cliff road, and tried to keep from laughing at the ridiculousness of this situation. We reached the Bahia Principe, a fancy resort overlooking Samaná Bay, and were certain this would prompt a donation to the Policia Dominicana. We thanked them profusely and they just tipped their hat, with a smile and a “de nada.” This was just one of a dozen acts of kindness, comedy, and adventure we experienced during our seven days in Samaná.
Check out part one of Samaná journey or continue below. 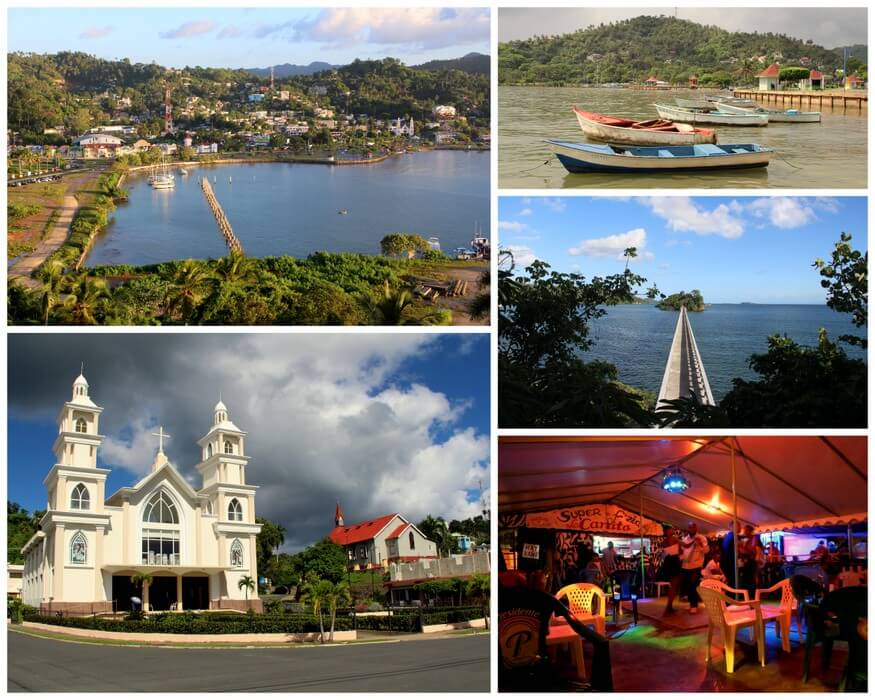 Santa Barbara is the heart of the Samaná pennisula, so much so, that everyone just calls this town “Samaná.” Dating back to 1756, the Spanish saw this protected bay, with its lush mountain backdrop, series of islets, and pocket beaches as a good place to settle. There are a number of interesting colonial buildings (don’t miss the corrugated iron church, La Chorcha), though the town’s architectural signature is the dramatic footbridge that extends across the bay to the islands. We popped in and out of Samaná throughout the week, strolling the seaside promenade, dining at the cafes, and best of all, taking a “bano del pueblo” at the open-air salsa clubs.(Love this expression “baño del pueblo,” or taking “a local bath” a more colorful way of saying, “do as the locals do.”) 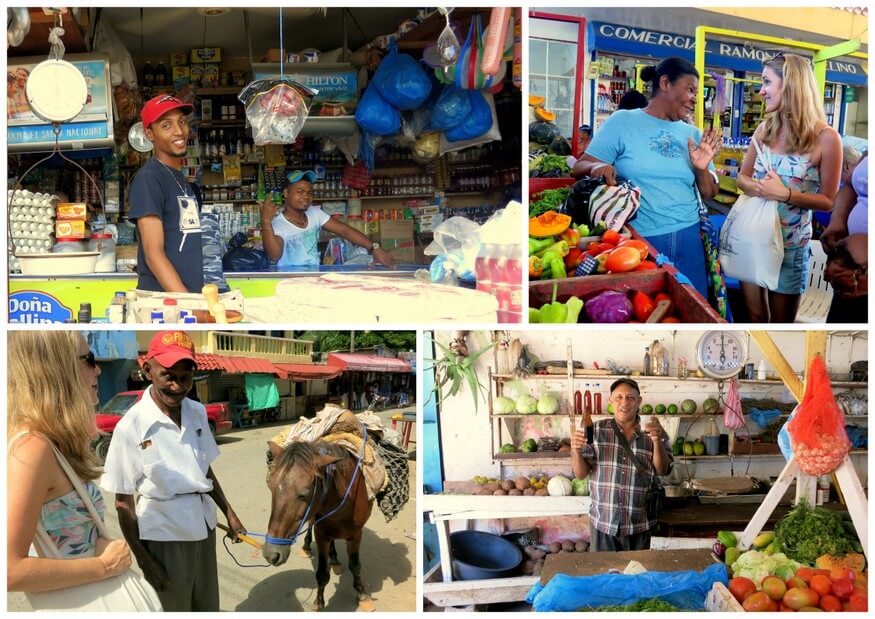 Maybe our favorite part of Santa Barbara de Samaná was the local market…not for the food but for the people! I don’t think they get many gringos here and it prompted some of the friendliest encounters. An old guy introduced us to his horse, we chatted with a papaya vendor about waterfalls, had a malt beverage taste-off with a yucca farmer, and had two Dominican hipsters teach us about the construction of coconut graters—then we bought two! 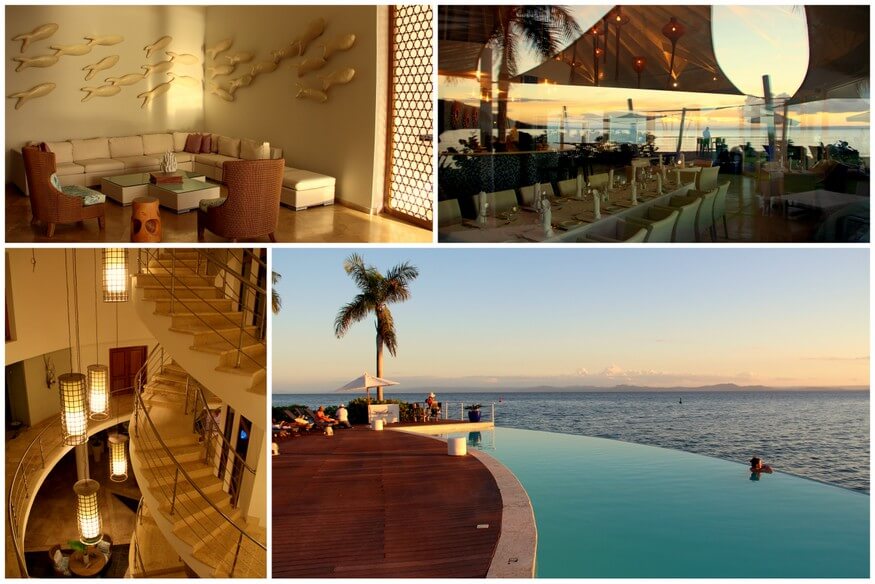 Just a short drive from the heart of town and on two private coves, the Bannister Hotel was our luxurious base for three nights. This Small Luxury Hotels of the World property has its own marina, a panoramic infinity pool over the ocean, and 28 ultra chic rooms. 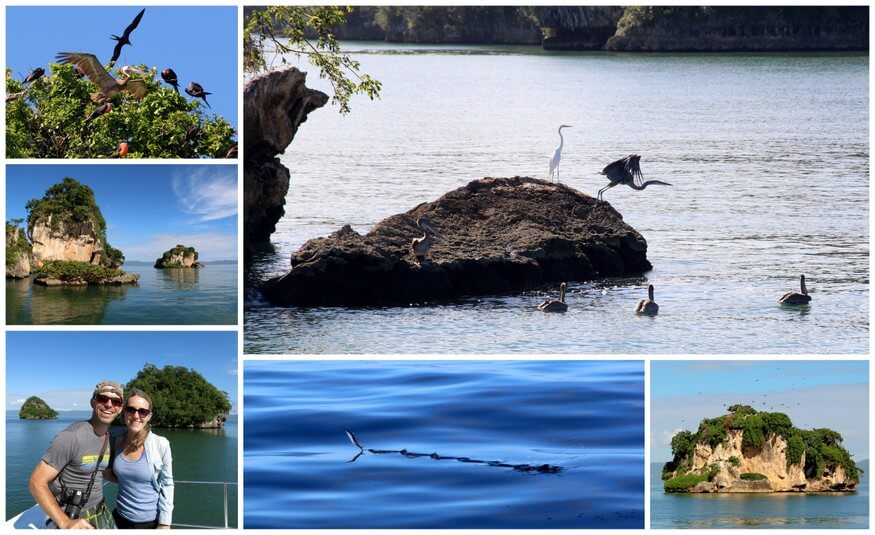 Departing from the Bannister’s marina, we boarded a private catamaran and sailed off to Los Haitises National Park. After an hour of sunbathing, rocking out to our new favorite song “De Reversa Mami”, and sipping on Presidente beers, we became surrounded by tropical islets. The dramatic karst landscape and soaring birds of prey was straight out of a Bond movie. With 618-square miles of park, 58 islands, there is enough here to explore for weeks! (If you really want to dig into Los Haitises, stay at the incredible eco-lodge Paraíso Caño Hondo at the foot of the park.) 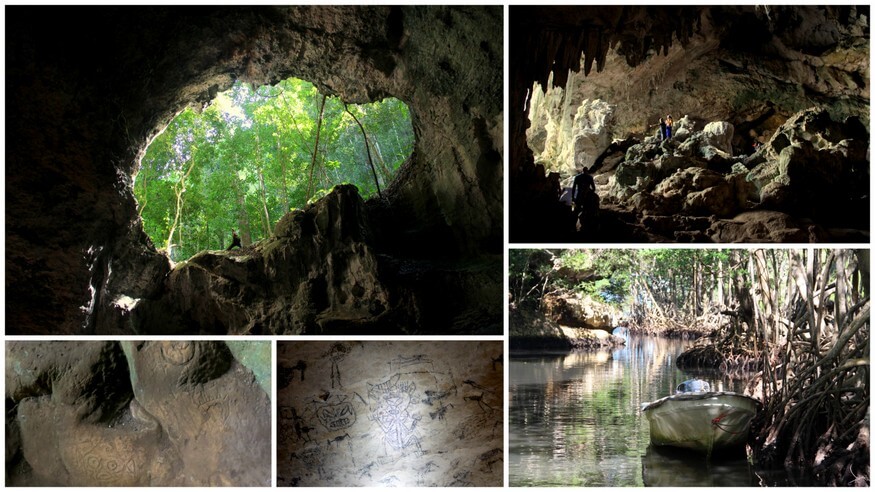 The parks interior is a system of brackish rivers, dense mangrove, and caves. We docked at Cueva de la Linea, which is not only stunning with its drip-castle rock formations but fascinating with ancient pictographs from the Taino indians. 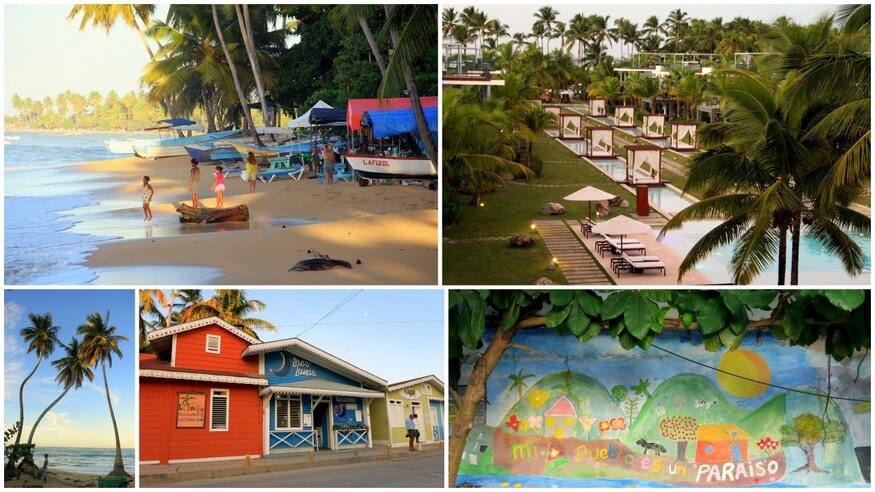 In the northwest of the Samaná peninsula, Las Terrenas is a fishing village so charming it now sells more souvenirs than snapper. The colorful fisherman cabins have been transformed into bars, cafes, and shops, though the place retains its local character with families throwing Sunday parties in the square, kids playing tag on the sand, and wooden boats bobbing in the water. After a stroll on the main street, we had a fabulous dinner at the secluded and luxurious Sublime Samana hotel. If you are looking to vacation with a group of friends, their three-bedroom casitas are a steal for the locale and quality! 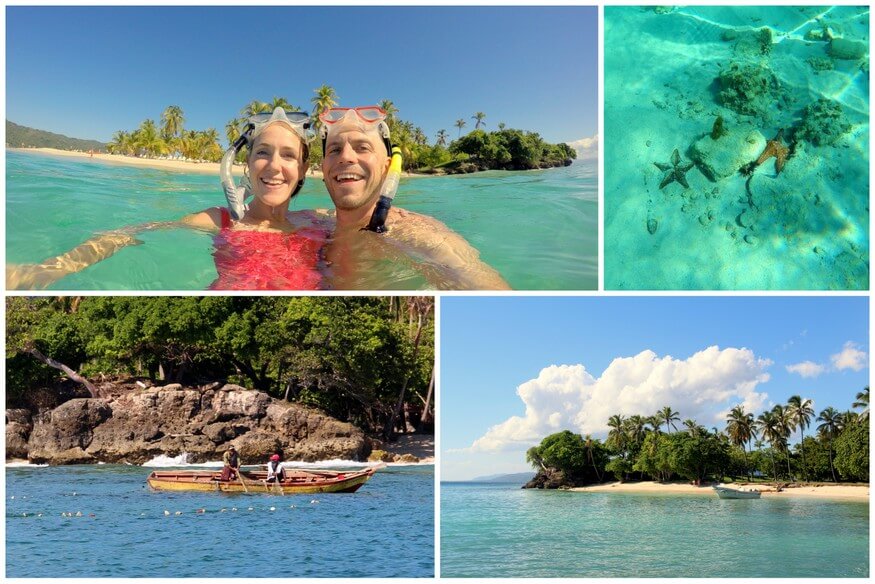 Imagine an islet with gold sand, swaying palm trees, and beach bars blending tropical drinks. Sounds like a Bacardi advertisement, right? Well this is where the rum brand shot a campaign in the 80s and Cayo Levantado has been dubbed Bacardi Island ever since. We took a 20-minute water taxi from the mainland and spent the day eating fresh seafood, shopping for Larimar (a blue stone unique to the Dominican Republic), and snorkeling with starfish.

Located in the middle of the Caribbean, the Dominican Republic is a tropical paradise that has plenty to offer the avid traveler. If you want to soak in the sun’s warm rays while relaxing on...
Read more